The trains being supplied by Vivarail will replace former London Underground rolling stock dating from 1938 which is older than some vehicles operating on the island’s heritage railway. 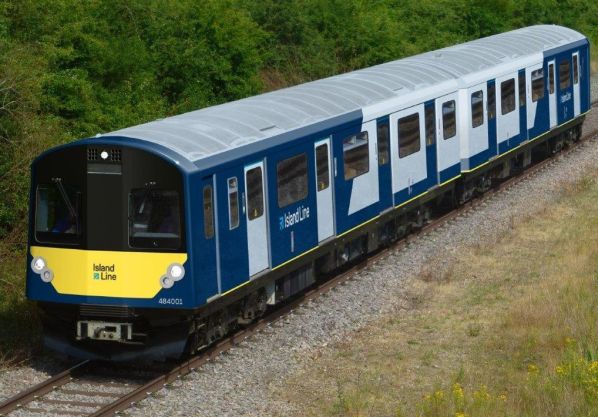 Vivarail is supplying five former London Underground trains to operate on the Isle of Wight.

VIVARAIL, Britain, which is supplying five rebuilt former London Underground two-car class 484 EMUs to South Western Railway (SWR) as part of a £26m project to upgrade the 13.7km line on the Isle of Wight, has announced that delivery of the trains has been delayed due to software problems.

The trains should have been delivered by the end of March. The delay means SWR has had to postpone the reopening of the line linking Ryde with Shanklin to later this summer.

“Whilst we were able to deliver the first train to the Isle of Wight several months ago, the rest of the fleet is still at Eastleigh for mainline testing before delivery,” says Mr Adrian Shooter, CEO of Vivarail. “It would be easy to hide behind Covid and point the finger at the pandemic, but we had in fact managed to claw back a lot of that lost time and brought the build back on schedule and all trains have now left our factory.

“However, we have unforeseen difficulties with the software. Although in essence it is no different from the version we used previously it needed some changes to enable the train to run on the third rail. Planning and analysis began over 18 months ago and did not bring any problems to light, but the live tests have uncovered some serious issues. Our priority is to deliver safe and reliable trains, so I have instructed my team to undertake a thorough review rather than try to ‘patch’ the software.”

“We are as disappointed as our customers by this delay,” says Mr Alex Foulds, SWR’s major projects director at SWR. “Our infrastructure works are largely on-track.”

These involved upgrading the track, installing new electricity cables, an upgraded power supply and new signalling cables, construction of a passing loop at Brading to allow a regular half hourly service to be introduced, and improvements to stations and the depot at Ryde St Johns.