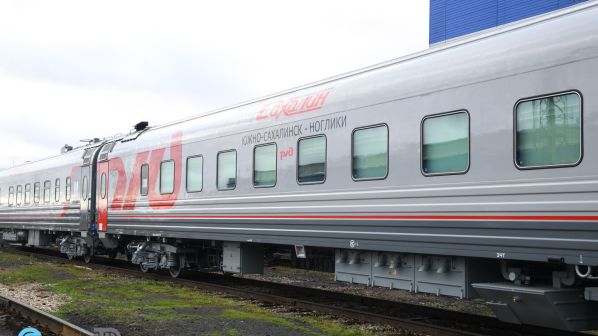 The coaches will be used to operate services on Sakhalin island, and offer improvements to accessibility including an exterior lifting device. In addition, the coaches are equipped with toilets, showers and self-service catering facilities.

TMH subsidiary Metrovagonmash (MVM) previously delivered three RA-3 Orlan DMUs to Sakhalin on November 5, under a contract signed at the end of September.

The EMUs were delivered in two batches, with the first three handed over in September, and the second three in October. The new trains will be used to operate services on the Belorussky and Savelovsky commuter lines.

Central PPK currently operates a fleet of 108 11-car EP2Ds, which it has ordered in batches since 2016. The existing fleet is used to operate services on the Kiyevsky, Kursky and Rizhsky commuter lines.