The 160km/h trains will be built in Italy. 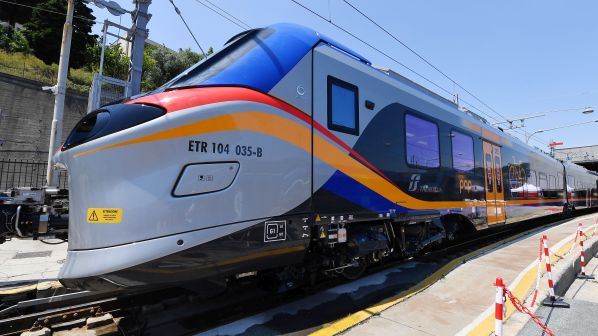 The single deck 160km/h trains will operate under 3kV dc electrification and will be equipped with onboard ERTMS. The trains are 97% recyclable and will reduce emissions by 30% compared with legacy sets. The trains will feature areas to store bicycles, including electric bicycles, as well as sliding steps to increase accessibility, CCTV and Wi-Fi.

Trenitalia says the contract was awarded to the most economical bid following a European-wide tender process. The agreement, which Trenitalia says was made possible following the closing of operating agreements with various regions across the country, includes a minimum of 38 trains.

Trenitalia says that as well as continuing to lower the average age of the fleet, the new trains will significantly improve the quality of travel in response to the needs of passengers who choose regional trains for work, study, leisure and tourism.

The trains will be designed and built in Italy at Alstom's sites in Savigliano, Sesto San Giovanni and Bologna, which currently manufacture Pop and Jazz EMUs for Trenitalia.