TRENITALIA moved a step closer to the introduction of its fleet of former Netherlands Railways (NS) and Belgian National Railways (SNCB) V250 Fyra EMUs on February 4 with the start of pre-launch operation on the Milan - Pescara route. 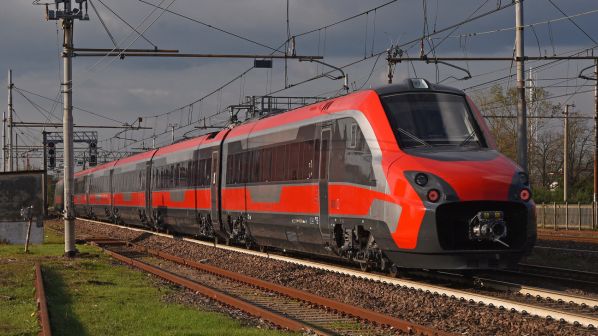 The AnsaldoBreda trains were rendered surplus by the collapse of the Amsterdam - Rotterdam - Brussels Fyra service in 2013 and handed back to the Italian manufacturer after it reached a settlement with NS and SNCB. Italian State Railways (FS) subsequently acquired 17 of the 19 trains in August 2017.

The V250 trains, which are now classified ETR 700, will operate in Frecciargento livery, reflecting their maximum commercial speed of 250km/h.

According to media reports, Trenitalia will use the fleet on Milan - Pescara - Lecce services.