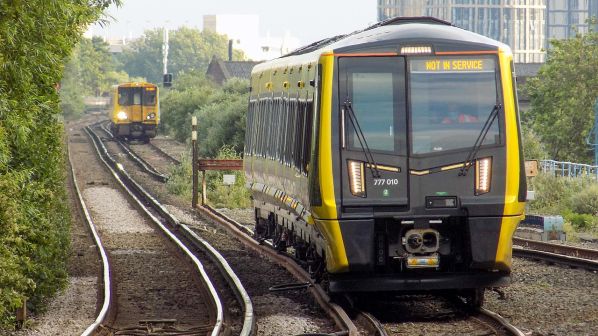 TWO new EMU fleets have been authorised for passenger operation in Britain, although neither has yet entered traffic.

The Office of Rail and Road (ORR) has approved the use of 52 four-car Stadler class 777 EMUs for Merseyrail and 30 five-car Alstom class 701/5 EMUs for South Western Railway (SWR).

The Stadler trains are due to begin passenger operation this year. The 120km/h trains will also be able to rescue other class 777s at a maximum speed of 30km/h. The ORR has authorised the EMUs to operate in single unit configuration or in multiple formations of up to two trains.

There are 53 EMUs on order, although the ORR approval letter only identifies 52 sets. The additional EMU was only recently ordered. There remains an option for more than double the current order, which can be placed before 2028.

When in service, the class 777s will replace class 507 and 508 EMUs that date from 1979-80. While these are not the oldest EMUs on the British mainland, Merseyrail does operate the oldest average age fleet.

SWR ordered 90 class 701 Arterios from Bombardier (since acquired by Alstom), with 60 10-car class 701/0 EMUs also ordered. These have already been authorised by the ORR for passenger operation, but have yet to enter service almost two years after they were due to do so. There remains no date for their introduction, although it is expected to happen later this year.