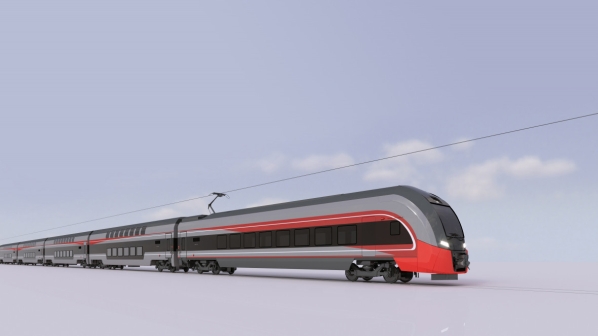 Available in either three-car or four-car variants, the manufacturers are due to begin production of the train in 2021.

“In 2019, Ural Locomotives developed a design project for the double-deck Swallows, now we have moved to the stage of detailed design,” Sinara director general, Mr Viktor Lesh, told Russian news agency RBC Yekaterinburg. “In 2022, we plan to launch these trains.”

The 140km/h EMUs will be equipped with batteries to allow up to 120km of operation on non-electrified routes.

The trains will have seats for 490 passengers, as well as a dining car, and will feature air-conditioning and Wi-Fi. RZD will initially introduce the fleet on the Moscow - Nizhny Novgorod route, ahead of operation on other services south from Moscow.

The shorter “regional” trains will eventually be introduced on routes with lower passenger numbers, including in the Far East.