BOMBARDIER has secured a contract worth $US 108m to supply 28 double-deck coaches for two US west coast transit operators. 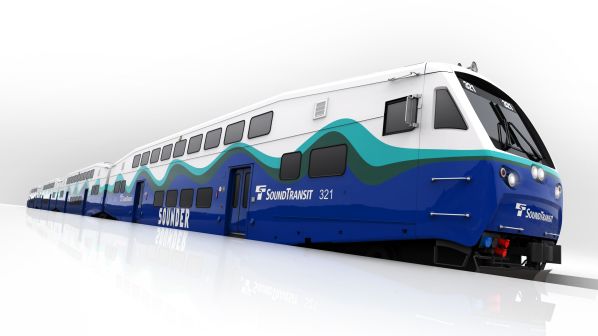 The procurement is led by Central Puget Sound Regional Transit Authority (Sound Transit) in Seattle, which will receive 11 vehicles consisting of three cab coaches and eight conventional double-deck coaches. Another “west coast operator” will receive five cab coaches and 12 conventional double-deck coaches. The contract includes options for an additional 33 vehicles. Bombardier says the second operator does not want to reveal its identity at this stage.

The coaches will be manufactured at Bombardier’s plant in Thunder Bay, Ontario, and deliveries are scheduled to begin in 2021.

In an event to mark the order held at the plant, Mr David Van Der Wee, Bombardier’s COO, said the deal provides continuity for Thunder Bay. The plant laid off 500 employees in November as two large contracts wound down. The remaining 470 employees are working to complete an order for 36 double-deck coaches for Go Transit as well as ventilators to support Ontario’s fight against Covid-19. However, according to Van Der Wee, the new deal does not mean that the plant will recall the employees who were let go.

“This will provide continuity in the form of approximately 300 jobs,” Van Der Wee said, as reported by tbnewswatch.com. “Honestly, 300 people is not very competitive way to use a factory that can carry 1200 people, so we are focused on the next opportunities to have that critical mass that we need.”

Bombardier’s double-deck coaches are currently operated by 14 transit authorities across North America and were first introduced to the market in 1978. The latest generation of the vehicle features a crash energy management system, full width cab, upgrades to door and air conditioning systems and enhancements to passenger amenities. In addition, a more aerodynamic cab car and new lighting will help to reduce fuel consumption and increase energy efficiency.