The new coaches will operate on Vale’s Carajás and Vitória a Minas railways. 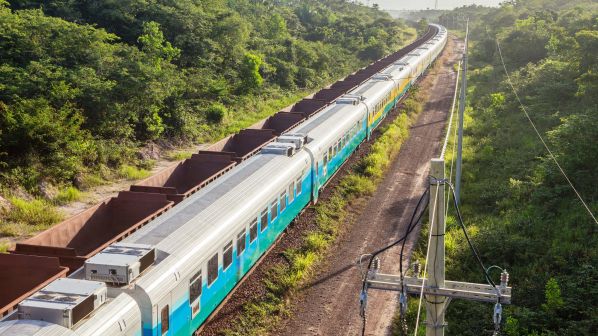 VALE, Brazil, has awarded a contract to CRRC Sifang for 62 passenger coaches to expand services on its 1600mm-gauge Carajás Railway (EFC) and its metre-gauge Vitória a Minas Railway (EFVM). The latter will receive its new coaches in 2024, while those for EFC will arrive two years later.

The acquisition of new passenger coaches was a provision in the early renewal of Vale’s EFC and EFVM concession contracts which were signed at the end of 2020. Vale agreed to increase the frequency of the EFVM service linking Belo Horizonte and Vitória from daily to two round trips per day in the peak travel months of January, July and December. On the EFC, Vale agreed to switch from operating its 861km São Luis - Parauapebas service from three days per week to daily.

The order includes a mixture of day coaches, restaurant and baggage cars and generator vehicles.

Prior to awarding the contract to CRRC Sifang, Vale had also been negotiating with Marcopolo Rail, Brazil, in a joint venture with Hyundai-Rotem, Korea.