The new trains will operate on the Craigieburn, Upfield and Frankston lines of the Melbourne suburban network. 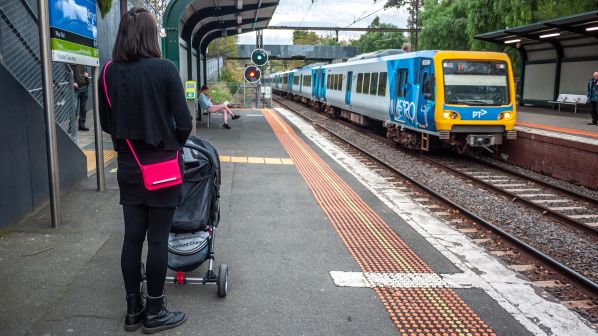 The trains will be built at Alstom’s plant in Ballarat, about 120km north west of Melbourne. Funding for the order will be included in the state budget, due to be announced on May 20.

The new trains will run on three lines - Craigieburn, Upfield and Frankston - serving some of Melbourne’s fastest-growing suburbs. The fleet will enable Metro Trains Melbourne to gradually retire Comeng EMUs, which were introduced in 1981 and are the longest-running fleet on the network. They will have a capacity to carry 1200 passengers.

The government funding will also support upgrades to the Craigieburn train maintenance facility to accommodate the new trains and improve maintenance.

Detailed design work is already underway, with manufacturing set to begin late next year. . The order takes the total X’Trapolis EMUs operated in Melbourne to 160. The first order with Alstom for 58 first-generation sets was placed in 2000.

The announcement follows the $A 1.48bn investment in last year’s state budget to design, build and maintain 100 new Next Generation trams in Victoria. The Victorian government has invested more than $A 7.5bn in new rolling stock since 2015.

For detailed data on fleet orders from Australia and around the world, subscribe to IRJ Pro.