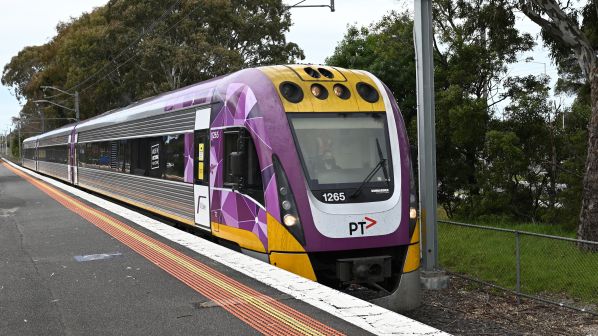 THE Victorian state government has committed to buy 12 additional locally-built VLocity trains from Alstom for the state’s regional network as part of its 2022-23 budget, along with maintenance for the new fleet.

New stabling facilities will be built at Bairnsdale for those operating on the Gippsland Line to the east of Melbourne.

Victoria’s Department of Transport (DoT) exercised an option in September 2020 for a further 18 three-car VLocity DMUs from Bombardier Transportation, which has since been acquired by Alstom. The order was part of a 2018 framework agreement for the supply of rolling stock for use by the state’s V/Line operator.

The state budget also includes an $A 248m ($US 176.2m) investment in the regional rail network, which will cover organisational improvements at V/Line and major periodic maintenance as well as routine maintenance on freight corridors across the state.

Stations will be upgraded to improve accessibility and safety at a cost of $A 58m, including Dandenong and Mernda suburban stations and the regional stations at Woodend and Warrnambool. The upgrades will include better signage, new passenger shelters, boarding ramps, CCTV, and bicycle parking facilities.