A diesel-battery hybrid multiple unit developed by Vivarail, Britain, made its debut on the British main line network on September 9 with a test run on part of the Worcester - Oxford line. 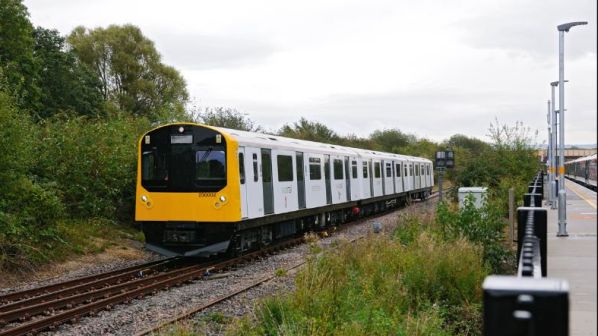 The class 230 train ran between Evesham and Moreton-in-Marsh in hybrid configuration with two battery-equipped driving motor cars and an intermediate car fitted with four diesel gensets.

The batteries act as the primary traction source and draw power from both the gensets and the regenerative braking system.

The battery and genset testing is part of Vivarail’s preparation for the delivery of a new fleet of battery-diesel class 230s for Transport for Wales. The fleet of five three-car trains will replace Sprinter DMUs on the Wrexham - Bidston, Llandudno - Blaenau Ffestiniog, and Chester - Crewe lines.

Earlier this year Vivarail demonstrated a fast-charging system, which can fully charge the batteries on a two-car class 230 battery multiple unit in seven minutes, providing a range of up to 100km.