Wabtec to use GM battery and hydrogen technology in locomotives

GM’s Ultium battery technology and Hydrotec hydrogen fuel cells will be developed for use in high-powered locomotives. 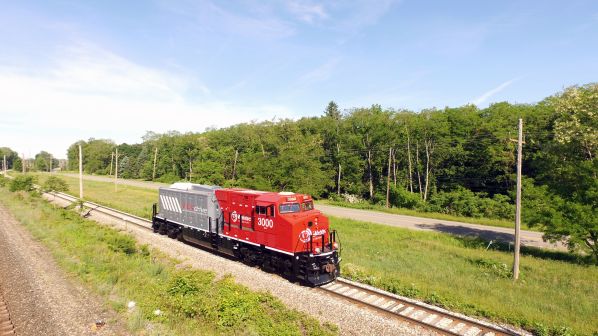 WABTEC and General Motors (GM) are set to collaborate in the development and commercialisation of GM’s Ultium battery technology and Hydrotec hydrogen fuel cell system in Wabtec locomotives.

The two companies have signed a non-binding memorandum of understanding to advance a shared vision of zero emissions transport. The objective is to harness Wabtec’s expertise in energy management and systems optimisation to develop a solution for heavy-haul locomotives that can use GM technology.

Ultium Cells, GM’s joint venture with LG Energy Solution, launched the Ultiium battery technology in March 2020, which is now the centrepiece of the auto manufacturer’s transition to electric vehicles. GM says the technology is unique for the industry and is based on large-format, pouch-style cells that can be stacked vertically or horizontally inside the battery pack, optimising storage and making them suitable for use in locomotives.

Ultium Cells is making $US 2.3bn respective investments in new battery plants in Lordstown, Ohio, which it plans to open in mid-2022, and in Spring Hill, Tennessee, which is scheduled to open in late 2023.

GM will also supply Wabtec with its Hydrotec hydrogen fuel cell power cubes. These systems will be manufactured by Fuel Cell Systems Manufacturing in Brownstown, Michigan, a manufacturing joint venture of GM and Honda.

Wabtec completed initial trials with a battery locomotive in California in March, and Wabtec president and CEO, Mr Rafael Sanata, says the FLXdrive battery-electric locomotive showed its potential to reduce carbon emissions by up to 30% when operating at 6MW/h. “By working with GM on Ultium battery and Hydrotec hydrogen fuel cell technologies, we can accelerate the rail industry’s path to decarbonisation and pathway to zero-emission locomotives by leveraging these two important propulsion technologies,” Santana says.

The July 2021 edition of IRJ will include a detailed feature on Wabtec’s work on the FLXdrive battery locomotive project in California.