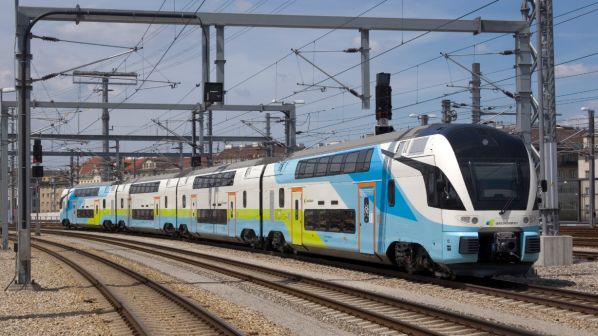 Rumours began circulating in the Austrian press after DB published a notice in the Official Journal of the European Union on March 20 seeking a second-hand fleet of 200km/h double-deck EMUs, which must be less than 10 years old. The only trains in Europe meeting DB’s specification are the new Bombardier Twindexx trains currently entering service with Swiss Federal Railways (SBB) and Westbahn’s fleet of 17 Kiss EMUs.

Westbahn has started negotiations with CRRC on the possible acquisition of double-deck EMUs, which would be cheaper than the Stadler trains. However, a board meeting on March 27 ended without a decision and the matter will be discussed again when the board next convenes in mid-April.

The doubling of Vienna - Salzburg frequencies in December 2017 has so far not resulted in a doubling of revenue, and there is spare capacity in the current train fleet.

Westbahn had been hoping to win Public Service Obligation (PSO) contracts, which would have employed some of the Kiss sets, but has so far been unsuccessful in this regard.

In November 2018 Westbahn announced plans to launch a new Vienna - Salzburg - Munich service in cooperation with German regional operator Meridian. However, the launch of these services has now been postponed to June 2019 due to engineering works on the Rosenheim - Munich line.