Up to 1600 wheels will be inspected by the summer. 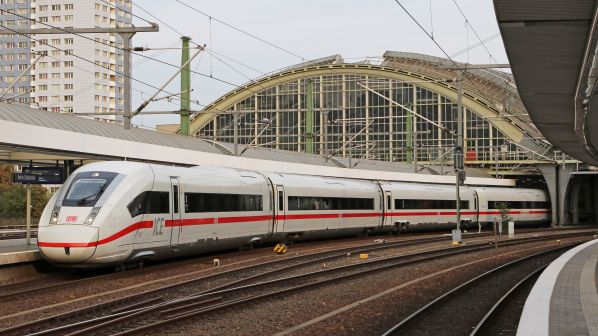 GERMAN Rail (DB) has discovered abnormalities in some wheelsets in use in its new ICE4 fleet. The problem was identified during routine ultrasonic testing of wheelsets as part of the trains’ maintenance regime.

All the defects found are reportedly in new trains delivered in or since 2020 and are therefore being rectified under warranty by Siemens, working together with its lead subcontractor Bombardier (now Alstom).

“DB has asked the manufacturers Siemens Mobility and Bombardier Transportation (now part of the Alstom Group) to remedy the defects found,” Siemens told IRJ. “Operational safety is not affected. Intervals between the ultrasonic tests on the batches of the affected wheels have been shortened and Germany's supervisory authority [Federal Railway Authority (EBA)] has been informed. Siemens Mobility is the general contractor for the ICE4 trains. The affected wheels come from a sub-contractor supplier of Bombardier Transportation.”

Ultrasonic inspection of all the wheelsets potentially affected, which could be 1600 wheels on 800 axles according to German media reports, will be undertaken within the next few weeks and be completed by the summer.

As part of the contract with Siemens, Bombardier supplied all the un-powered Flexx-Eco inside frame design bogies used for all non-powered ICE4 vehicles from its factory in Siegen, Germany.