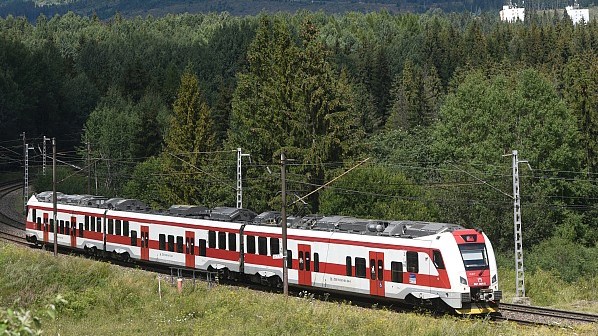 SLOVAK state railways ZSSK has agreed to order nine regional EMUs from Škoda Transportation. The order, worth about €76.3m, is financially supported by the Ministry of Transport of the Slovak republic.

The three-car Skoda class 661 EMUs will operate on the services from Košice to Lipany and Plaveč, Michaľany and Trebišov, and Michaľany and Čierna nad Tisou.

The multi-system 3kV dc and 25kV 160 km/h trains will be fully accessible, and equipped with air conditioning, Wi-Fi, electric and USB sockets and a passenger counting system. There will be video cameras fitted to both the interior and exterior of the EMUs.

The EMUs will be delivered during 2023 with delivery of the final set scheduled for November 2023. They are due to enter traffic the same year.

ZSSK already operates class 661 EMUs in the northwest. So far 18 are in traffic from a 25-strong order.

Stadler is thought to be in pole position for an order worth around €77m for four six-car 25kv 50Hz EMUs. The 160km/h trains will be used on services around Bratislava. The contract is due to be completed by October 2023.

ZSSK is expected to place more rolling stock orders in the coming weeks, including a €3.495m modernisation of 15 class 425 EMUs that will be completed by November 2023, and a €32.4m modernization of the ŽKV fleet by November 2023. Also on order are 17 new second-class coaches for use in Košice and Presov with the first due for delivery in August 2022.