THE Australian federal government has made its strongest commitment yet to the proposed Melbourne to Brisbane Inland Rail route with $A 8.4bn ($US 6.2bn) in equity funding for the national infrastructure manager Australian Rail Track Corporation (ARTC) in the 2017-2018 national budget, which was unveiled on May 9. 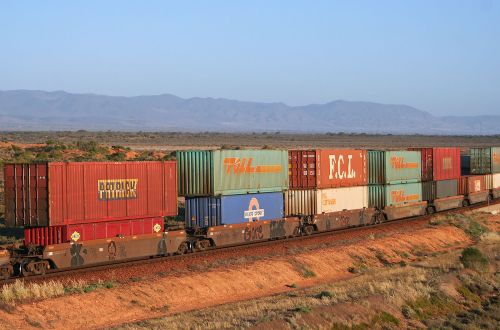 ARTC will be responsible for managing the construction of the 1700km inland freight route, which has been in the planning stages for over a decade. Despite around $A 1bn in funding being provided for planning so far, route evaluation and alignment safeguarding, this is the first clear sign of intent by the government to fund the entire project.

The exception will be the crossing of the Toowoomba Range in Queensland. This 126km section, which includes large-scale tunnelling, will be delivered through a public private partnership. A private concessionaire will be appointed to design, build, finance and maintain this segment over a long-term concession period.

“Inland Rail is fundamental in boosting rail freight efficiency in Australia, and given Australia’s freight task will grow 26% by 2026, its delivery is important to all Australians,” Broad says. “The funding announced by the government provides renewed confidence to all parts of the rail industry this project will be delivered, but the fact remains that significant work needs to occur to ensure the Inland Rail project comes to fruition. This includes maximising its benefits by delivering efficient linkages to the ports of Melbourne and Brisbane.”

Managing director and CEO of major Australian rail freight operator Aurizon, Mr Andrew Harding says rail freight companies need to be able to compete on an equal footing with other transport modes to allow rail to do more of the heavy-lifting in Australia’s freight transport task.

“The announcement is a big step in the right direction, and should be used as the basis for a major modal shift from road to rail along the east coast of Australia, while delivering substantial economic, community and environmental benefits along the way,” Harding says.
While the government has not yet announced a timeline for the handover of funds to ARTC, it says construction will commence in 2018.