INDIAN industrial conglomerate Adani has scaled back the designs for a planned line linking its Carmichael coal mine project in the Australian state of Queensland’s Galilee Basin to the coal export port at Abbott Point. 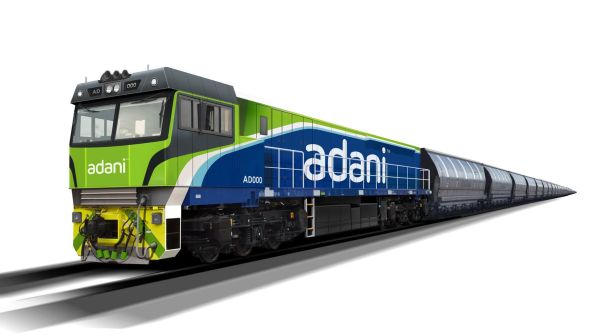 The 1067mm-gauge Adani coal line will have a capacity of 40 million tonne per annum.

Adani had originally planned to construct a 388km standard-gauge line between the mine and the port, but has now opted for a 1067mm-gauge link, approximately 200km long, at an estimated cost of $A 1bn ($US 717.9m). The new line would connect with Aurizon’s existing 1067mm-guage Goonyella and Newlands open-access rail networks.

“By connecting to the existing network, we can leverage the existing infrastructure to fast-track project delivery and reduce capital expenditure,” Adani Mining chief executive, Mr Lucas Dow, said in a statement on September 13. “We’re 100% committed to getting the Carmichael Project off the ground.”

The company said its Plan B solution would follow the same route, enabling it to use existing approvals and land use agreements.

Adani says the narrow-gauge link would have the same 40 million tonne per annum (mtpa) capacity as Stage 1 of the previously proposed standard-gauge route, which would easily cater for Adani's plans to extract 27.5mtpa from the Carmichael mine.

The Carmichael mine project has faced fierce opposition from environmental groups and while pre-construction works continue, the project has struggled to gain the necessary finance needed to proceed.