Adif reports losses for first half of 2020

SPANISH infrastructure manager Adif has reported a net loss of €325.2m for the first six months of 2020, more than doubling its previous loss of €134.05m for the same period in 2019 due to the coronavirus pandemic. 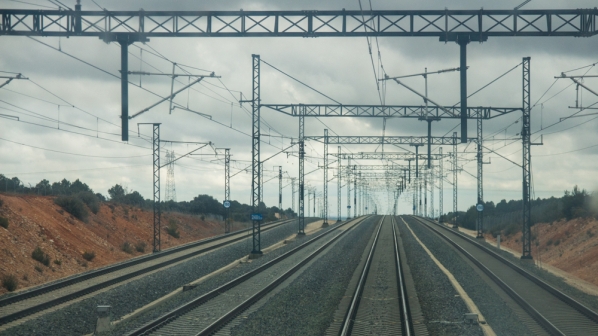 The overall loss comprises separate net losses of €106.05m for Adif’s conventional network, and €219.14m for the high-speed network, overseen by Adif AV.

In addition, the infrastructure manager reported a combined negative Ebitda of €58.58m for the first six months of this year across its conventional and high speed networks, compared with a profit of €130.43m during the same period in 2019. This was primarily caused by a negative Ebitda of €73.55m for Adif’s its conventional network, offset by positive earnings of €14.96m for Adif AV.

Adif states that the negative figures for the first half of the year reflect the significant economic disruption caused by the coronavirus pandemic, particularly due to travel restrictions imposed following the declaration of a state of emergency on March 14.

The majority of Adif’s income comes from the sale of access rights to its rail network to operators. However, since the start of the pandemic, traffic has declined across the network, substantially diminishing these revenues.

Rail traffic on the conventional network declined by an average of 25.5% during the period, with a resulting drop in fees collected of 29.5%. In particular, access fees on long distance and inter-city routes fell 44.97% and 32.98% respectively. Additionally, declines of 10.2% in revenues from Cercanías suburban services and 3.98% from freight services also impacted revenues.

On high-speed lines, access fee collection fell by 36.81%, with a significantly higher decrease along the Madrid - Barcelona - France axis, where fee revenues decreased by more than 47%.

In response to the current poor financial situation, both Adif and Adif AV implemented a strong austerity plan in April. Consequently, expenses for external services, excluding energy costs, have risen to only €297m, around 20.95% less than what was initially outlined in its annual budget.

Adif has also reported having high asset liquidity, with €600m of cash available for investment in both its conventional and high-speed networks, as well as a further €660m in available undrawn credit.

The infrastructure manager also reports that it has reduced its overall debt by a total of €43m since the first half of 2019 and has negotiated a reduction in the interest of its remaining debt to 1.75%, compared with 1.85% for the same period in 2019.