Alberta–Alaska heavy-haul line could be feasible

A pre-feasibility study by the University of Calgary's Van Horne Institute suggests that it would be feasible to build a railway to transport bitumen and minerals between the Canadian province of Alberta and the US state of Alaska. 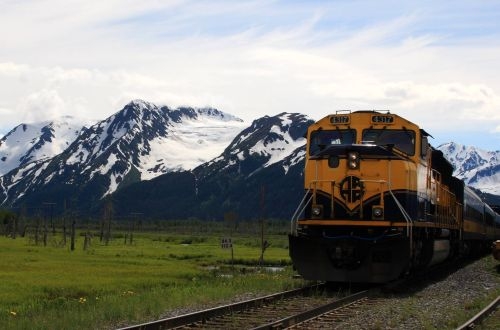 The proposed 2440km heavy-haul railway between Fort McMurray, Alberta and Delta Junction, Alaska, would be single track initially with the possibility to upgrade it to double-track.

The study identifies rolling stock and manpower requirements for both a 1 and 1.5 million barrel per day (MBPD) bitumen volume. The capital cost ranges between $US 20bn for 1 MBPD and $US 25bn for 1.5 MBPD. The railway would also create an opportunity to transport untapped mineral deposits to North American and world markets.

The study recognises that the proposed railway would pass through or come to a number of environmentally-protected areas which support migratory and endangered species, or are important for wildlife and biodiversity, especially along major river valleys. The environmental approval and permitting process would be extensive and complex and is defined in the study.

"This analysis presents an alternative routing for the transport of bitumen from Western Canada to world markets," says Mr Peter Wallis, president and CEO of the Van Horne Institute. "While the timing for the completion of this initiative includes further feasibility analysis, environmental approval and permitting, and construction at a significant cost, it is a nation- building project. This initiative will unlock the petroleum and mineral potential of the north in both Canada and the US."