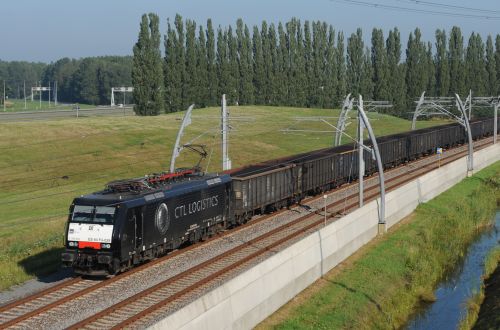 ATO trials are to start on the Betuweroute freight line this year.
Photo Credit: Quintus Vosman

The tests will be carried out at Grade of Automation (GoA) Level 2 whereby the locomotive driver will supervise train operation but will not start or drive the train.

The objective of the Betuweroute ATO tests is to demonstrate the operation of a locomotive under ATO on a 100km section of the line between the port of Rotterdam and Valburg CUP yard where automatic shunting will also be tested.

This section of the Betuweroute is already equipped by ETCS levels 1 and 2 which Alstom installed about 10 years ago.

ProRail also plans trials with the driverless operation of passenger trains in the north of the Netherlands on non-electrified regional lines operated by Arriva Nederland, and negotiations are already underway between ProRail, the Province of Groningen, which is the public transport authority, and Arriva. This will be the first test of ATO in passenger traffic on conventional lines which include level crossings.