The construction of Inland Rail in Queensland has taken another step forward with the awarding of a contract to build a 160km section. 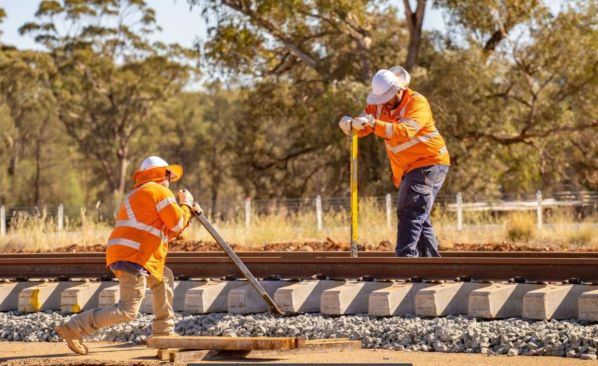 The contract includes the construction of more than 30 bridges spanning more than 11km, more than 900 concrete culvert cells and the use of over 200 pieces of machinery.

The $A 15bn ($US 11.1bn), 1700km Inland Rail line will provide a freight link between Melbourne and Brisbane with transit times of less than 24 hours making it competitive with road transport and is one of Australia’s largest infrastructure projects.

ARTC Inland Rail interim chief executive, Ms Rebecca Pickering, said the announcement was the culmination of months of work by ARTC and will ultimately support hundreds of jobs in Queensland. “Queensland stands to benefit significantly from Inland Rail, with approximately two-thirds of the total project expenditure allocated for Queensland, and more than 11,800 jobs expected at the peak of construction in 2023-24,” she said.

Pickering said the appointment of a civil works proponent in parallel with environmental planning approvals will allow local businesses to hit the ground running when formal approval is given.

“Major construction will not start until statutory approvals have been received from the Queensland and Australian governments, but with the appointment of a preferred proponent now tells local businesses to get ‘Inland Rail ready’ and start talking with BHQ JV about what the future looks like,” Pickering said.