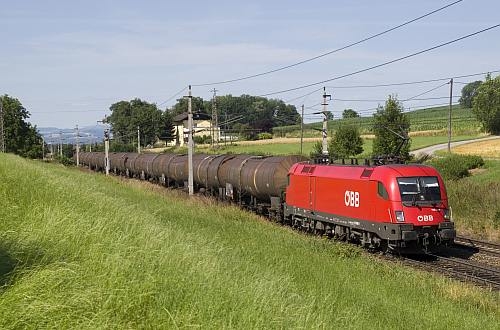 Total railfreight volume rose from 111.1 to 113.3 million tonnes and freight performance rose from 21.2 to 22.5 billion tonne-km, the highest figure ever recorded and exceeding the pre-crisis peak achieved in 2008.

Even incumbent operator Rail Cargo Austria (RCA) managed to increase both its volumes and freight performance although it was outpaced by open-access operators, which increased their share of the market (in tonne-km) to 21.4%, compared with 19.3% in 2013.

Private operators are focussing largely on international markets and now have a 41% share on the transalpine Brenner corridor and 29% on the Danube axis. Lokomotion is the largest open-access operator with a market share of 5%, followed by CargoServ (3.3%), LTE (3.1%) and TX Logistik (2.7%).