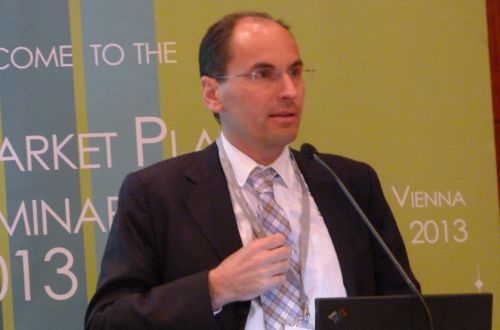 RCG's performance in 2012 was a considerable improvement on the 2011 result when it recorded an Ebit of €12m, and marks a return to profit after three consecutive years of escalating losses which reached €279m in 2010. RCG expects to consolidate its return to profit with an Ebit of €91m this year.

Speaking at the International Union of Railways' (UIC) Market Place Seminar in Vienna on April 18, RCG board member Dr Georg Kasperkovitz told delegates that the improvement was due to "a strong revenue element" which included increasing prices and strengthening contacts with customers, and cost reduction measures such as cutting the workforce and disposing of surplus rolling stock. "We sold 28 minority stakes in companies and will sell stakes in another 20 this year," Kasperkovitz explained. "We stopped doing business in things we are not good at to concentrate on our core business of railfreight, and this is just a start." RCG, which used to be known as Rail Cargo Austria, still has a majority holding in 50 companies in 15 European countries.