THE government of Bangladesh and Bangladesh Railway (BR) have agreed a memorandum of understanding with DP Rail, Britain, to design, finance, build, operate and maintain the new 240km Dhaka - Payra railway. 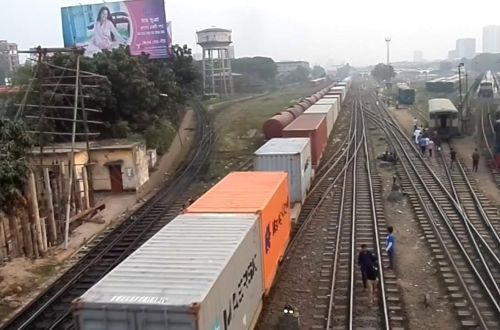 Described as the biggest Foreign Direct Investment (FDI) deal yet for Bangladesh, the project is a key part of the Payra Port project to develop a new deep water port in the north of the Bay of Bengal, which will have capacity to handle container ships carrying 8000 containers, or 120,000 tonnes of freight. Bangladesh currently has no deep-water sea port, hindering its capability to export goods, particularly clothes from manufacturing sites in Dhaka.

The MoU was signed during a ceremony held on December 20 at the Ministry of Railways in Dhaka. The event was hosted by Md. Mazibul Hoque MP, Bangladesh’s railway minister, and attended by Ms Alison Blake, the British High Commissioner to Bangladesh, and Britain’s trade envoy for Bangladesh, Ms Rushandra Ali MP.

“This is project of vital national importance to Bangladesh and I welcome the fact that this project has been proposed as a “best of British” railway, representing a substantial export opportunity for the British railway industry supply chain,” Ali says. “I know from my discussions here that the project also enjoys the unequivocal backing of the government of Bangladesh, the British government as well as the full support of the government of the People’s Republic of China.”