A test train transporting beer from a brewery in Jupille near Liège to a distribution centre at Ninove near Brussels arrived at its destination on June 13. 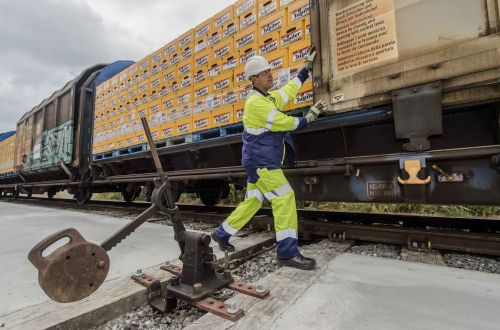 The pilot project, which aims to shift beer traffic from road to rail, is a joint initiative between rail freight operator Lineas (formerly B Logistics), brewing company InBev, retailer Delhaize, the province of East Flanders, and East Flanders Development Agency.

The 250 net-tonne train was formed of different wagon types to test loading and unloading at the origin and destination.

If the trial is successful the service could operate up to three times per week, with each train carrying a 1200-tonne payload. According to Lineas, the beer trains could eliminate 5000 lorry movements per year when the service is up to full capacity.