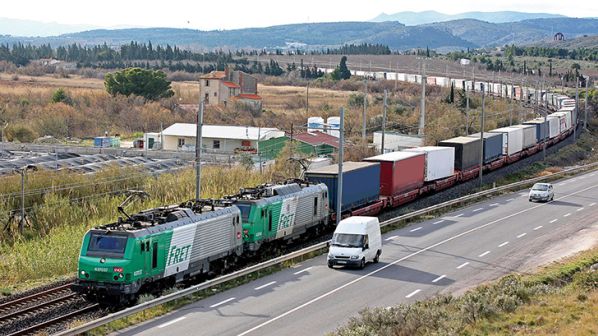 Lorry Rail introduced a new piggyback rail freight service under the VIIA brand from Bettembourg to Barcelona on February 19.

SNCF says this is the first piggyback service to operate in Spain, and it will use the Perpignan - Barcelona standard-gauge line, avoiding the need to change gauge at the Spanish border. The new service will operate five times per week initially, rising to six per week in April. The 1219km trip will take about 22 hours including a stop in Perpignan.

The Lohr system of transversal loading and unloading allows the transport of all types of European lorry semi-trailer by rail.

This is the fifth piggyback service to operate under the VIIA brand. The other four comprise: