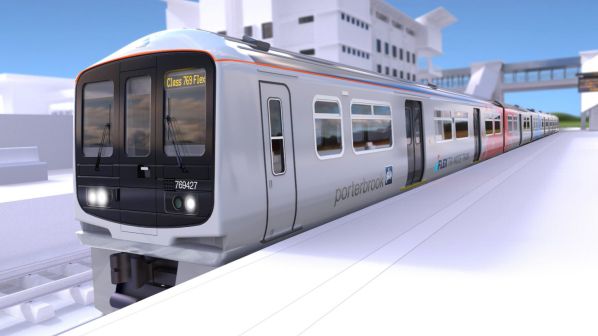 Flex trains are former class 319 four-car 750V dc/25kV ac EMUs to which diesel engines have been added to convert them into bi-mode units. The two Flex trains for ROG will be further modified to carry parcels rather than passengers.

Porterbrook says increasing road congestion coupled with a shortage of lorry drivers is making rail more attractive to the rapidly expanding on-line shopping delivery business. However, a lack of suitable rail vehicles is hampering the switch from road to rail. ROG intends to offer the trains to single users where one customer fills an entire train, or to multiple users.

“We are excited to be breaking new ground with ROG as we both move into light parcel logistics for the first time,” says Porterbrook’s CEO, Mrs Mary Grant. “Porterbrook is particularly pleased that ROG has recognised the potential for non-passenger use of our innovative Flex trains and over the coming months we will be exploring further opportunities to support the successful UK rail freight sector.”

“The time is right for a modal shift from road to rail for logistics and express parcels services,” says ROG CEO Mr Karl Watts. “There is huge opportunity to re-establish a comprehensive network of express-parcel trains and help reduce the number of commercial vehicles on UK roads which will, in turn, help to drive improvements in the UK economy.”