BLS, Switzerland, announced on January 6 that it has reached an agreement with German Rail (DB) subsidiary DB Schweiz Holding, part of DB Schenker Rail, to buy back its 45% stake in BLS Cargo for an undisclosed sum. 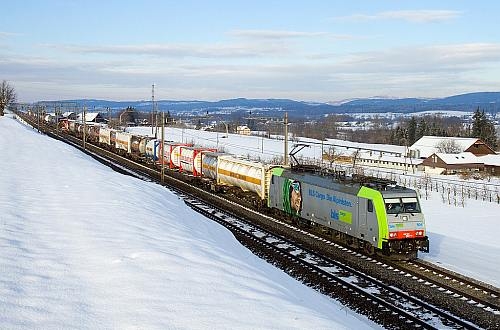 The purchase means BLS now holds 97% of the shares in BLS Cargo, with the remaining 3% being owned by Italian intermodal operator Ambrogio.

BLS Cargo was set up in 2001 to manage the freight activities of BLS, and DB Schenker has been involved in the company since 2002. However, in 2013 DB Schenker Rail terminated its contract with BLS Cargo for the operation of intermodal services between Italy and Germany via the Gotthard route, transferring this business to Swiss Federal Railways (SBB) railfreight unit SBB Cargo. This led BLS Cargo to reorganise its transalpine railfreight business, focussing exclusively on profitable traffic flows.

BLS says that despite the change in ownership structure, DB Schenker Rail will remain an important business partner of BLS Cargo.

BLS Cargo currently has a 43% share of the Swiss transit railfreight market and BLS says it is committed to continuing its involvement in international railfreight.