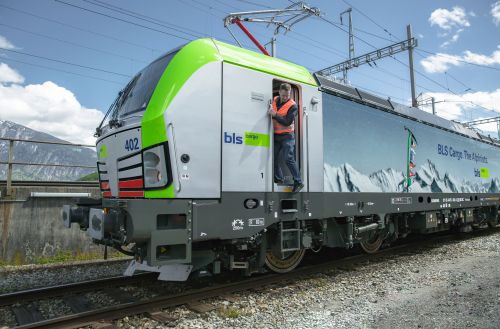 The increase was achieved despite traffic remaining almost static, with 17,529 trains run, and the closure of the Karlsruhe - Basle Rhine Valley Line at Rastatt, Germany for almost two months, which caused significant disruption to freight traffic on the Rotterdam - Genoa corridor.

BLS says that it mitigated the impact of the closure through a successful crisis management strategy and cooperation with customers, which enabled the operator to re-route more than half of its traffic via Singen or through France with the support of its new partner, SNCF Logistics, which acquired a 45% stake in BLS Cargo in February 2017.

“Rastatt was a huge challenge for us and it should never happen again,” says BLS Cargo CEO Mr Dirk Stahl, adding that the company is ready to work towards improving international relations and cooperation.

Despite this crisis, BLS Cargo was able to win new customers and strengthen its position on the international freight market. The company also took delivery of 15 new multi-system Vectron locomotives from Siemens during 2017 for deployment on the Netherlands - Germany - Switzerland - Italy axis.