Bombardier locomotives approved for use in Gotthard Base Tunnel

WITH just weeks to go before the start of full commercial operations, Switzerland’s Federal Transport Office (BAV) has approved the use of Bombardier Traxx locomotives in the Gotthard Base Tunnel following the installation of an ETCS software update. 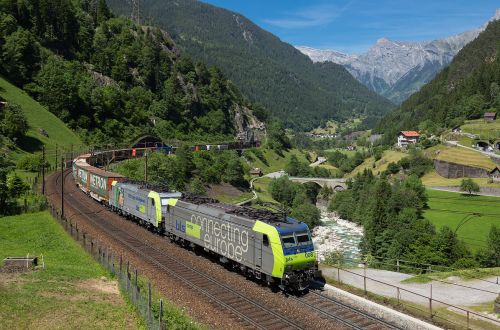 BAV said in August that it would not renew the temporary operating license for Re 486, Re 487, class 186 and class 187 locomotives beyond this month due to “an accumulation of ETCS faults” on the northern and southern access routes to the tunnel, which are already equipped with ETCS Level 2.

In recent months Bombardier has been working with BAV, SBB Cargo, BLS Cargo and SBB Infrastructure to isolate the cause of the problem and develop a solution, which has been incorporated into the update of the Ebi Cab 2000 train protection software. This has enabled BAV to certify the locomotives for use in the tunnel.

BLS Cargo says it has invested SFr 7m ($US 6.9m) in equipping its locomotives for operation in the Gotthard Base Tunnel.