Cargounit orders up to 30 locomotives from Siemens Mobility

The first multi-system Vectron locomotives will be delivered this year. 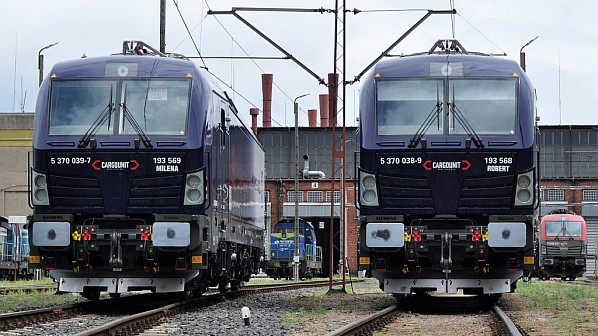 CARGOUNIT, Poland’s largest independent leasing company, has placed an order for up to 30 Vectron MS locomotives with Siemens Mobility.

The 6.4MW locomotives will have a  200km/h maximum speed. They will be fitted with ETCS as well as the required national train control system for the countries they operate in.

The fleet will be deployed in Poland, Germany, Austria, the Czech Republic, Slovakia, Hungary, Slovenia, Croatia, Serbia and the Netherlands. There are also options to support for operation in Romania and Bulgaria.

Cargounit already has six Vectrons in its fleet after placing orders in 2018 and 2019.

“The Cargounit strategy is based on dynamic development through investments in modern electric locomotives,” says Mr Lukasz Boroń, president of the management board of Cargounit.

So far, Siemens Mobility has sold 1114 Vectrons including 736 MS units to 56 customers in 16 countries.