Service is expected to carry 950 lorries per day when it launches by the end of 2022. 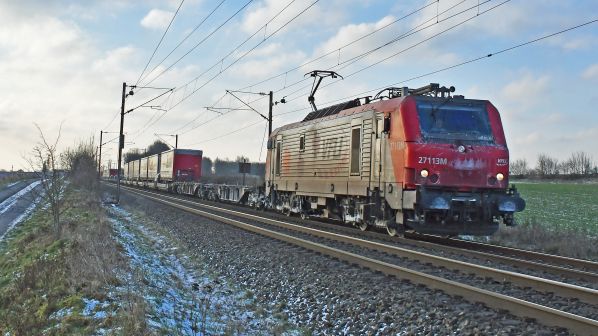 THE Cherbourg - Bayonne piggyback freight service in France is the latest victim of the Covid crisis with the launch pushed back from April until the end of 2022.

The service, first proposed in 2020, is designed to link Brittany Ferries’ maritime routes to Britain and Spain, carrying up to 100 lorries per day over the 950km route. The project is backed by the French government as well as the Normandy port authority. However, infrastructure manager SNCF Network says adaptation of the rail network will take longer than expected.

Work includes relaying track into the port of Cherbourg, plus adaptation of the loading gauge for 4m-high loads between Caen and Tours.

When operation does commence, the service will run between Poitiers and Bordeaux over non-electrified lines via Niort until 2025 due to the need to enlarge four tunnels on the direct, electrified route.