CN has started to recall most of its employees in eastern Canada who were laid off temporarily as a result of blockades of its rail network by indigenous people protesting against the construction of a pipeline in British Columbia. 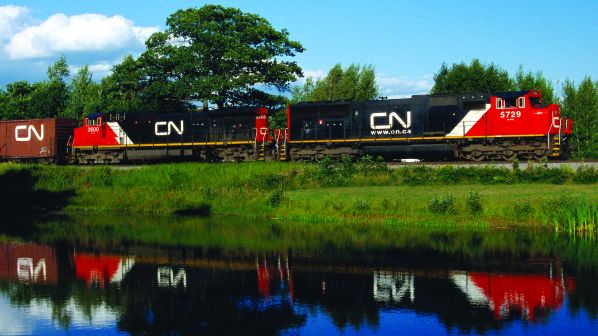 CN freight trains should be on the move again in eastern Canada as staff are recalled to work.

CN says there have been no significant illegal blockades on its network for the last four days and believes the situation is stabilising. “While we are keeping a close watch on our network for any further disruptions, we are mobilising our employees to be ready to implement a focused and methodical recovery plan for our eastern network,” says CN’s president and CEO Mr J J Ruest. “The complete network recovery process will take several weeks.

“In Western Canada, for the last two weeks, we have been well on our way to recovering. While we are aware that there is still work ahead of us, export grain, imported containerised goods, coal, potash, energy products, and other commodities are moving to markets. We are rebalancing our assets to service customer sites for loading,” Ruest says.

More than 1400 trains, including most of Via Rail’s passenger trains, were delayed or cancelled because of the blockades which started in mid-February, causing shutdowns of parts of CN’s network as freight trains were parked across the network, ready to be moved.

Via Rail says as of February 28, 940 trains had been cancelled because of the blockades affecting more than 164,000 passengers, but services are being restored progressively. A complete service is now being provided from Toronto to Windsor, Sarnia, and Niagara Falls, and between Québec City, Montréal and Ottawa, and from Montréal to Halifax.