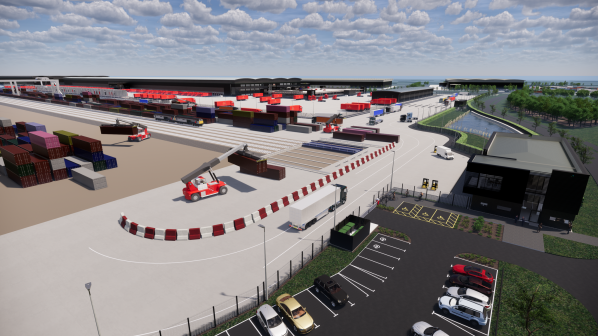 The new hub is expected to be fully operational from 2023 and will have capacity to process more than one million parcels per day.

The facility will include a dedicated rail terminal, which will offer direct access to the West Coast Main Line (WCML), Britain’s primary rail freight route, as well as a vehicle operating centre and a fleet workshop.

The site will be adjacent to the warehouses and fulfilment centres of several online retailers and will also have easy access to the M1 and M6 highways, as well as Northampton, Birmingham and East Midlands Airport.

The hub is part of Royal Mail’s plans to transition towards an international parcel-led business model in future. The company reported strong parcel growth in the first half of 2020, with domestic account volumes growing by 51% year-on-year. This was further accelerated by various coronavirus restrictions.

“This will give a welcome boost to the local economy,” says transport minister, Mr Chris Heaton-Harris. “With the boom in online shopping, my constituency is exceptionally well positioned via both road and rail networks to ensure these items are delivered as quickly as possible after purchasing.”

Prologis says that companies are reassessing their supply chains to increase their use of rail freight due to post-Brexit border policies, which allow trains from France to clear customs at an inland British terminal. Prologis also credits the growth to rising e-commerce activity, road congestion and LGV driver shortages.

The Daventry hub will be Royal Mail’s second parcel hub as a new hub under construction in Warrington will open in 2022. Both sites will be able to process 1.5 million parcels per day with the ability to increase this to 2.5 million parcels in the future.