PORTUGUESE Trains (CP) railfreight subsidiary CP Carga continued its recovery from the economic crisis with an 11.7% year-on-year increase in volumes in the first half of this year according to its latest figures, which also show Portugal's largest railfreight operator carried a monthly record of 884,060 tonnes of freight in July. 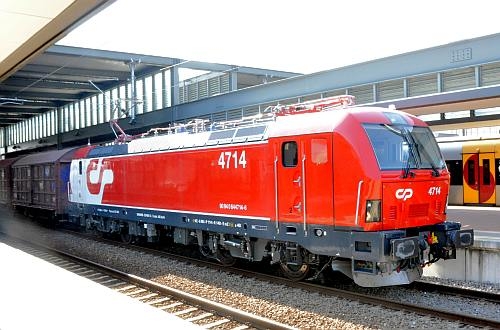 The strongest growth was in the intermodal sector, which saw a 42.8% increase in volumes compared with the first half of 2013, while steel traffic rose by 27.7% and chemicals 24.6%.

CP Carga says its immediate priority is to maintain this trajectory with the aim of carrying 9.3 million tonnes, the highest annual volume since the company was established in 2009.

The Portuguese government is planning to privatise CP Carga, although the sell-off has been repeatedly deferred.