EURO Cargo Rail (ECR), the French subsidiary of DB Cargo, announced on December 8 that it plans to shed around 300 jobs as it seeks to restore profitability in the face of challenging market conditions. 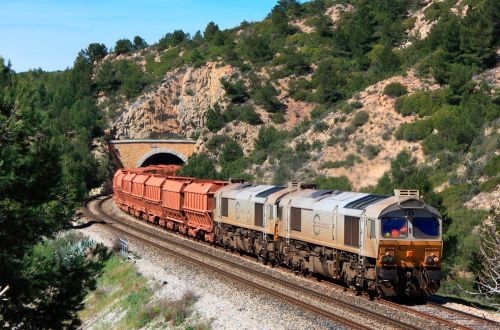 ECR says its profitability has deteriorated sharply since 2013 due to the sluggish recovery of the French economy in the wake of the global financial crisis; intensifying competition from road hauliers; increasing track access charges; and a sharp deterioration in the quality of service resulting from poor quality train paths.

ECR also says it has failed to focus adequately on the needs of customers, with value-for-money and service-quality falling short of expectations.

A three-point strategy has therefore been devised in a bid to improve viability and make ECR more responsive to the needs of the market. Actions will include:
- focussing on three corridors (Mediterranean, Atlantic and Northern) with high traffic density
- improving customer service quality and operational efficiency, reorientating resources towards operations and clients and simplifying the offer, and
- promoting a culture of excellence in customer service.

In order to achieve these objectives, ECR says it will reduce the number of branches it operates in France and 300 jobs will be cut both at the company’s headquarters and regional locations.

In October DB Cargo UK announced plans to cut 893 jobs due to a dramatic decline in the British rail freight market.