GERMAN infrastructure manager DB Network has apologised to rail freight operators using the Karlsruhe - Basle Rhine Valley Line for the extensive disruption which occurred in the wake of the collapse of a new tunnel at Rastatt in August. 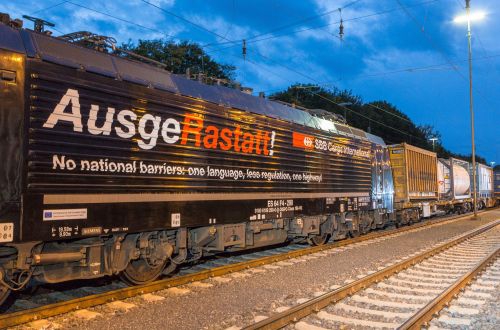 Speaking at the Intermodal Forum in Düsseldorf on December 6, DB Network CEO Mr Frank Sennhenn apologised to more than 200 representatives from all sectors of the intermodal community for the chaos caused by the incident, which led to a total closure of the key north-south freight artery for seven weeks. Sennhenn pledged to do his utmost to ensure sure it never happened again.

The aim of the forum, organized by the Swiss intermodal specialist Hupac, a European leader, was to facilitate an open discussion on how to make rail freight more stable and sustainable, with speakers from DB Cargo, SBB Cargo International, the Swiss Federal Office of Transport (BAV), DG Move, RFI, Fret SNCF and major users of intermodal services.

In the aftermath of the collapse of a 150m section of the alignment at Rastatt, alternative routes covered only 30% of demand on the corridor while inflating costs for operators.

The general consensus of the forum was that far more international coordination with infrastructure projects is required, including the use of a single language for international operations, simplified procedures, investment in alternative routes, and the creation of a task force to deal with any future incidents.