DB Schenker Rail is to expand its freight operations between Britain and mainland Europe with the launch of a second weekly train between London and Wroclaw, Poland, on October 9. 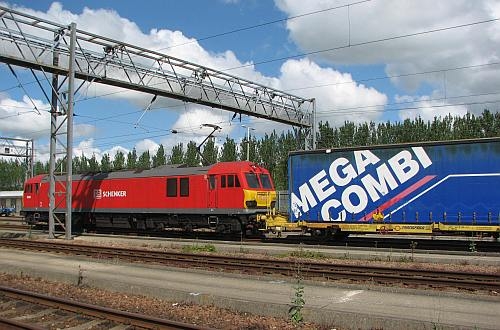 The service supplements the weekly train launched in November 2011 which is used by customers from the automotive, retail, and food sectors. This is the first regular European-loading-gauge freight service to operate in Britain and the first to use High Speed 1, carrying high-capacity 9ft 6in-high swap bodies as well as conventional containers. The journey time is around 50 hours for the 1200km trip.

DB Schenker Rail says the launch of a second train will respond to increasing demand for more capacity on the route.

There will be a further boost for cross-channel railfreight next month, when Eurotunnel subsidiary Europorte Channel plans to launch three trains per week from Barking to terminals in Belgium and Germany carrying lorry semi-trailers for Dutch haulier Ewals Cargo Care.