THE Danish Transport, Building and Housing Agency (DTCH) introduced a 14-day precautionary ban on pocket wagons carrying semi-trailers on the entire Danish network from January 23, expanding a limited ban introduced following an incident on the Great Belt Bridge on January 13. 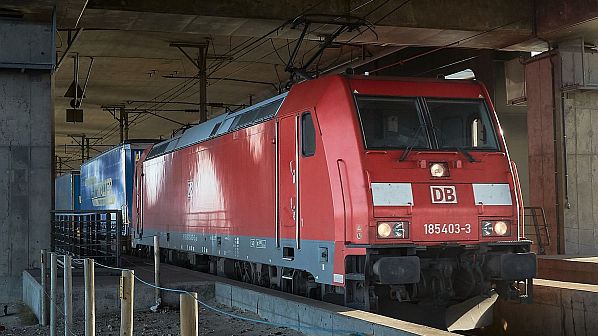 The measure was introduced following an incident in which a semi-trailer on a DB Cargo wagon travelling from Høje Taastrup to the Carlsberg Brewery in Fredericia was seen to have shifted. Following an inspection in Nyborg, it was found that the trailer was insufficiently secured. During the incident, all freight trains had been traveling at a reduced speed of 80km/h due to high winds.

The decision expanded a previous ban covering the Great Belt fixed link which was introduced immediately following the incident, which was updated following an alert issued by the Danish Accident Investigation Board (AIB) in the European Rail Agency’s (ERA) Safety Management System.

A similar ban on pocket wagons was put in place following an accident on the Great Belt Bridge on January 2 2019, when a Danish State Railways (DSB) passenger train was struck by a semi-trailer which came loose from a passing freight train, killing eight passengers and injuring 16.

The Great Belt fixed link, which opened in 1998, comprises two bridges totalling 13.4km and an 8km tunnel linking the islands of Zealand and Funen. The link is on the main  line between Copenhagen and Jutland and serves as a key connection for freight between Scandinavia and Germany.