DHL Global Forwarding launched a new rail freight service between Shenzhen, China, and Minsk, Belarus, on May 22 with a transit time of less than 12 days. 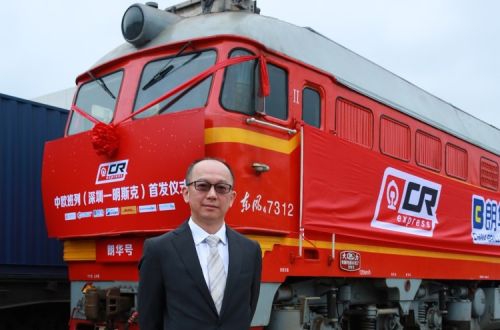 The new service passes through Alatau Shankou - Dostyk on the Chinese-Kazakhstan border which is already used by several other intermodal services, including rail connections from Chengdu, Zhengzhou, and Lianyungang to continental Europe.

DHL will manage the new route together with China Brilliant, an integrated service provider in manufacturing and consumption with which DHL signed a memorandum of understanding in 2016. The service offers both less-than-container load (LCL) and full container load (FCL) for electronics, industrial and automotive parts, and fresh food from both both Eastern Europe and China.

“The partnerships that DHL has with governments and businesses globally, coupled with our market strength in Shenzhen-based supply chains, have come together to create a solution that directly meets the needs of China's expansion-hungry manufacturers and producers,” says Mr Zhang Chunhua, founder of China Brilliant Group.

DHL has been offering intermodal rail services connecting China, Japan, and southeast Asia with Europe since 2010 on the following corridors: