ProRail had sought to limit access for long trains to the yard at the cross-border station due to disruption to through operation. 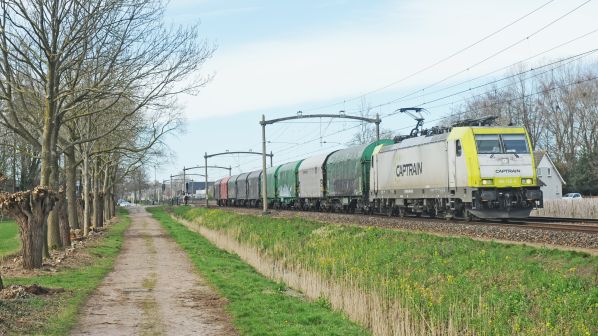 DUTCH regulator, the Authority for Consumers and Markets (ACM), has ruled that infrastructure manager ProRail is not respecting the requirements of national legislation by refusing to grant paths for 650m-long freight trains to access the yard at the German border station of Venlo.

Venlo is a bottleneck and ProRail argues that it is seeking to minimise disruption to through operation. Long freight trains seeking to access the yard are currently required to reverse at the Gekkengraaf intermodal terminal at Blerick, 10km west of Venlo, causing a significant increase in transit times.

However, limiting access is proving is disadvantageous for Captrain Netherlands and Hupac Intermodal’s Sittard - Venlo - Germany service. ACM has upheld the complaint brought by Dutch rail freight lobby group RailGood on behalf of the operators.

ACM notes that ProRail rejected path applications by Captrain because they did not meet its conditions. ACM says the railway legislation requires ProRail to declare the infrastructure as congested. It must also investigate the capacity issues as well as set up a capacity expansion plan to determine measures to increase the infrastructure capacity in the area.

With ProRail failing to establish these conditions, ACM finds the complaint brought by RailGood as partly just. As a result, ACM has ordered ProRail to stop applying the conditions for capacity requests for long freight trains in the 2023 timetable year. For other capacity applications, the conditions can still be applied in 2023.

ACM did, however, state that ProRail has not violated its requirement for coordination and did not commit discrimination.

RailGood is continuing to lobby the Dutch government to improve conditions for rail freight in the Netherlands by implementing policies from a government report setting out measures to increase traffic which was issued in 2018.

These includes increasing the maximum freight train length to 740m as a priority and taking steps to address capacity constraints, including at Venlo. “Developments by the Ministry of Infrastructure and ProRail have progressed no further than when they were proposed in autumn 2018,” the group says.

RailGood also wants revisions to the cross-border agreement between ProRail and DB Network, which still limits the length of freight trains on some lines, including some TEN-T corridors, where the maximum length permitted should be 740m. RailGood is urging for investment to increase the length of siding tracks at border stations, including Venlo where the maximum is 690m. It says 830m sidings should be available in 2040 and 1000m from 2050.