THE European Rail Freight Association (ERFA) has declared its support for France’s plans to waive track access charges for freight services in response to the economic impact of the Covid-19 pandemic. 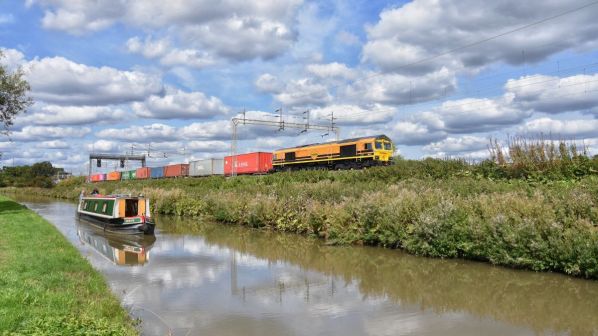 The plan, announced by French prime minister Mr Jean Castex on July 27, will waive track access charges until the end of 2020 and halve charges for the entirety of 2021 as part of the country’s plan to support rail freight.

Waiving freight access fees on the French network for the remainder of the year is expected to cost the government around €63m each year. However, it is hoped that the policy will enable a modal shift resulting in 20,000 fewer lorries on roads in 2021, substantially reducing CO2 emissions.

The European rail freight sector has experienced significant reductions in freight volumes throughout the pandemic, with ERFA reporting a reduction in volumes of 25% compared with normal levels in June.

ERFA says that access charges currently account for around 20%-35% of total operating costs borne by rail freight operators, and it is expected that the planned reductions will significantly increase the viability of rail freight services.

The announcement follows a regulation proposal by the European Commission (EC) on June 16 to allow European Union (EU) member states to “reduce, waive or defer the payment of charges for the minimum access package and access to infrastructure connecting service facilities in a transparent, objective and non-discriminatory way.”

The proposal would also permit member states to adjust mark-ups on rail freight and remove levy reservation charges on any railway operators for capacity allocated but not used.

However, the regulation has not yet been adopted into law by the EU. ERFA hopes that the plans will encourage EU policymakers to move forward with the proposal.

“The announcement by prime minster Castex sends a strong signal to European policy makers that the proposal of the European Commission is fair and appropriate,” says Mr Dirk Stahl, president of ERFA. “We encourage all national governments to implement similar measures to assist rail freight operators”.

Similar access charge cuts to support rail freight were also proposed by the Austrian Ministry of Transport on August 11.