IRJ at SmartRail Europe, Amsterdam: Denmark's largest rail freight operator DB Cargo Scandinavia (DBCS) has warned it could be forced to pull out of the market because of the cost of equipping its locomotives with ETCS. 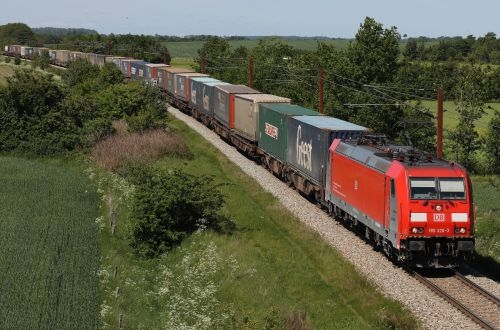 Mr Gottfried Eymer, CEO of DBCS, told delegates at the SmartRail Europe conference in Amsterdam on April 19 that equipping the company's fleet of 30 electric locomotives (two types from two different suppliers) at a cost of almost €900,000 apiece risks "killing the business" and that an exit from the market is "one of the scenarios" now under consideration.

Eymer argues that the "low level of maturity and stability" in ERTMS makes it impossible for rail freight operators to invest in equipping their locomotives.

The earliest the industry can deliver a first-in-class prototype for DBCS's Bombardier class 185 Traxx locomotives is mid-2020 and Eymer says it is unclear whether Alstom will be able to deliver equipment to the required baseline (SRS 3.4.0 or 3.5.0), which means SRS 3.3.0 could ultimately be used.

"High costs are driven by the small fleet size, ability to retrofit different locomotive types, and the monopolistic behaviour of suppliers, who do not grant access to their specific train control system or specific national features," Eymer says. "Onboard equipment for 30 locomotives is a problem - you need to equip 1000 locomotives before you achieve economies of scale."

DBCS is also critical of Danish infrastructure manager Banedanmark and its Swedish counterpart Trafikverket for what it perceives as a failure to harmonise ERTMS deployment plans. The entire Danish network is due to be equipped with ERTMS by 2021, but in Sweden the legacy signalling system will remain in operation on the main international freight artery from Malmö towards Stockholm and central Sweden until 2023.

Specific Transition Modules (STM) on DBCS's locomotives will need to be upgraded because of the retention of the legacy system in Sweden and because Banedanmark plans to remove the class B ATC signalling system as it rolls out ETCS on a section-by-section basis. With the phased nature of the rollout, each locomotive will need to be fitted with German signalling equipment, ETCS and a Danish STM for a 400km trip.

Eymer argues that this situation penalises current freight operators. "Anyone who enters the market from the early 2020s onwards will not be faced with the costs of transition," he says. "If you do everything you can to increase the costs of the rail system, there will be no customers left to pay for it."

The European Union can only provide limited funding for equipping the locomotives. The Connecting Europe Facility will only fund up to 50% of the €250,000 eligible cost set by the EU as the upper limit for onboard ETCS equipment.

The Danish funding programme for ETCS onboard equipment has not yet been finalised, but state support is likely to be capped at 50% of the total cost for freight locomotives, compared with 100% for passenger vehicles.

Eymer is calling on the Danish government to delay full implementation of the ERTMS programme until suppliers can provide "tested and homologated" baseline 3 release 2 (SRS 3.5.0) equipment to limit the technical and financial risk to operators. He also advocates the retention of the legacy signalling system until 2021, harmonisation of implementation plans with Sweden to avoid STM costs, and forcing suppliers to cooperate to reduce costs.

The so-called "bridge toll" model is also put forward for funding onboard equipment through increased track access charges, which would enable freight operators to spread the cost of ETCS over a longer period.