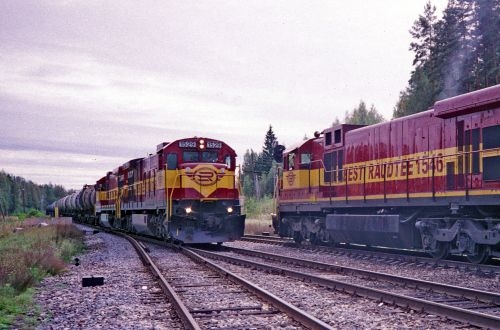 Traffic to and from Russia declined by 18% to 7.7 million tonnes and the reduction in EU-Russia trade contributed to a 25% fall in transit traffic.

Overall, EVR Cargo forecasts a further 5% decline in volumes this year, primarily due to the continuing fall in oil traffic.

Despite its current difficulties, EVR Cargo is planning to press ahead with an investment programme this year which includes the modernisation of its shunting locomotive fleet as well as the purchase of new wagons and the overhaul of existing vehicles.