THE International Union for Road-Rail Combined Transport (UIRR) says combined road-rail transport in Europe reported growth for only the second time since the financial crisis in 2016-17, albeit only minor growth, with the total number of consignments increasing by 0.66% and tonne-km by 3%. 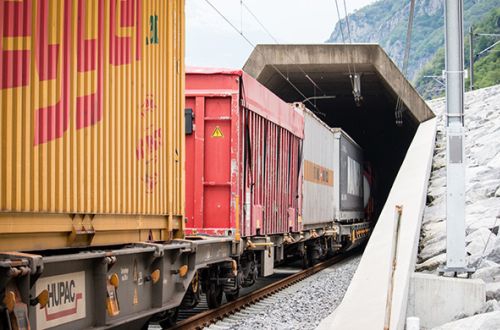 The UIRR also reports that the number of short loads shipped in 2016 increased by 0.76%, and border crossing and international transport, which are the engines of the overall growth, both outperformed the average.

Although the report’s figures indicate a more prosperous future for intermodal, according to UIRR, road haulage remains the preferred method of freight transport.

It says in particular the price of rail traction electricity, which is increasingly sourced from renewables, has not been able to keep pace with the fall in the price of oil, making road more attractive. In addition, track access charges continued to increase while some road tolls were lowered in certain countries. Investments in noise mitigation measures and ERTMS have also caused the cost of using rail to increase.

The UIRR hopes that the upcoming revision of the European regulatory framework of the road sector under the Road Initiatives (Mobility Package) of the European Commission will readdress this imbalance. Simultaneous updates to Directive 92/106 concerning intermodal should also increase productivity through the proliferation of standards and harmonisation of standards across different countries.

The UIRR says that if these reforms are able to encourage 5-7% annual growth in the sector as witnessed before the financial crisis, then it will be possible to deliver the modal shift aims of the EU Transport Whitepaper, which are essential to fulfilling the goals of the COP21 Paris agreement. In addition, it says increasing the role of sustainable freight transport will help to reduce harmful emissions and reduce the 25,000 deaths and 100,000 injuries suffered on Europe’s roads every year.