Eurotunnel reports strong revenue growth in first half of 2012

CHANNEL Tunnel operator Eurotunnel achieved a 14% increase in revenue to €473m in the six months up to June 30. 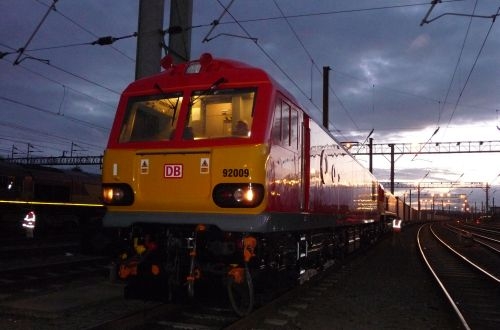 Railfreight through the Channel Tunnel has suffered another setback with a toll imposed by RFF.

This reflects an 18% increase income in from its Shuttle road-vehicle-carrying services to €223m and a 38% jump in revenue from its Europorte railfreight subsidiary which saw income rise from €76m in the first half of 2011 to €103m this first half.

While Eurostar services recorded a 3% increase in passengers, the number of freight trains passing through the Channel Tunnel fell by 10% due to the end of a short-term flow of steel in the first half of 2011 and an extra toll imposed by French Rail Network (RFF) on freight trains entering the tunnel from France which Eurotunnel says has slowed the momentum in the growth of freight traffic.

"This first half year has been very satisfactory," says Mr Jacques Gounon, chairman and CEO of Eurotunnel. "Traffic has continued to grow in a highly competitive market due to a distinct service offering. Financial performance is sound, generating a very good level of cash-flow."