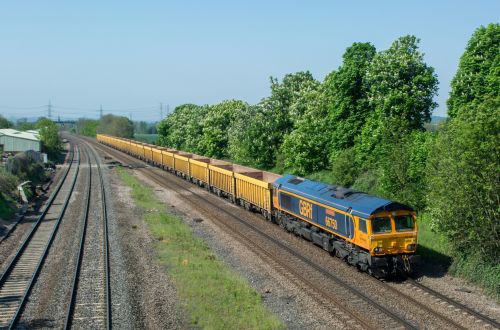 The offer has been submitted through an indirectly-owned subsidiary of Hector Rail, Sweden and EQT says the proposed acquisition is “an integral part” of its strategy to create a pan-European rail freight operator.

The acquisition is subject to consultation with Eurotunnel’s staff representatives, but EQT says both sides are “ready to move forward with the transaction and enter into binding agreements.”

“We would be very pleased with EQT as our new owner and strongly believe that EQT’s industrial approach and network, extensive rail freight experience and access to capital would be of valuable support to GBRf in our continued growth ambitions”, says GBRf CEO and founder Mr John Smith.

GBRf has a market share of 15% and in the first quarter of the 2016-17 financial year it operated 1.17 million freight train-km making it the third-largest operator after DB Cargo and Freightliner. The company operates more than 130 locomotives, 1000 wagons and employs 650 staff operating more than 1000 trainloads a week.

In addition to its freight activities GBRf was granted a passenger license in 2009 and the company operates Caldeonian Sleeper services on behalf of Serco as well as the Belmond Royal Scotsman luxury trains.