EUROTUNNEL has announced a series of incentives and price reductions aimed at doubling cross-Channel railfreight between Britain and continental Europe to 5000 trains/year by 2018. 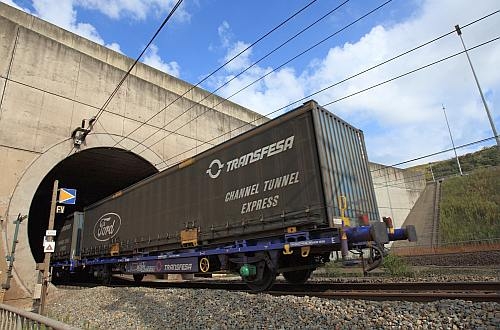 The Eurotunnel Incentive for Capacity Additions (Etica) programme, introduced in May 2013 to provide aid for new intermodal services, has "succeeded beyond expectations" with railfreight traffic increasing by 10% in 2013 and a further 13% in the first quarter of this year, reversing a steady decline in traffic. Etica will now be extended to cover five other types of traffic: new automobiles, food and drink, consumer goods, logistics, and manufactured goods.

Eurotunnel will cut its rates during off-peak hours by 25% and will reduce its surcharge for accessing the Channel Tunnel during maintenance periods from three to two nights per week. Eurotunnel says the €600 surcharge per train imposed by French Rail Network (RFF) for security at Frèthun will be withdrawn. In addition, Eurotunnel has committed not to increase freight charges until the end of 2018.

There are currently only between eight and 10 freight trains running through the Channel Tunnel each day compared with the 30-40 envisaged when it opened in 1994 meaning around 40% of capacity is unused.

The European Commission says Eurotunnel's commitment is a direct response to a legal investigation against Britain and France for failing to implement European Union rules on access to the Channel Tunnel.