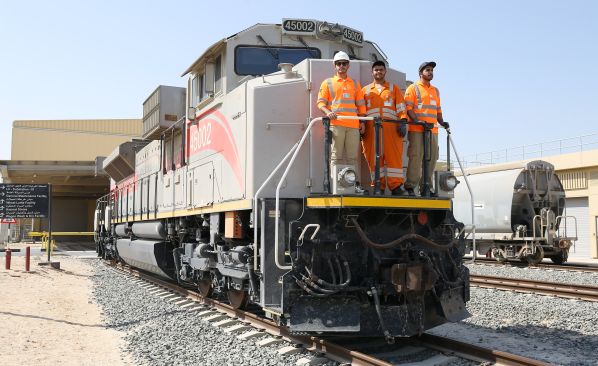 The Railways Diploma Programme was launched in 2017 under a partnership between Etihad Rail and Adveti. The course includes two years of theoretical training and one year of practical training, enabling the students to take up full-time jobs with Etihad Rail DB, which operates the 264km line linking Shah and Habshan to the port of Ruwais.

“Our efforts to empower Emirati nationals are in line with the strategy of our parent company, Etihad Rail, which actively supports the Emiratisation policy in the country and encourages Emirati youths to join this vital field,” says Mr Saeed Salem Al Suwaidi, CEO of Etihad Rail DB. “We are proud to welcome the first batch of graduates who will represent the future of the railway sector in the country.”

Etihad Rail announced the launch of another course earlier this year to train and employ Emirati nationals with experience and high skill sets in various disciplines and engineering fields. The first batch has been appointed to positions on stage two of the national rail network, which is currently under construction. Stage two will run from Fujairah Port through Mussafah, Khalifa Port and Jebel Ali Port to Ghuweifat on the Saudi Arabian border and will extend the network to 1200km.