A launch ceremony was held at the Tehola intermodal terminal in Kouvala, Finland, on November 10 to mark the departure of the first Finland - China rail freight service. 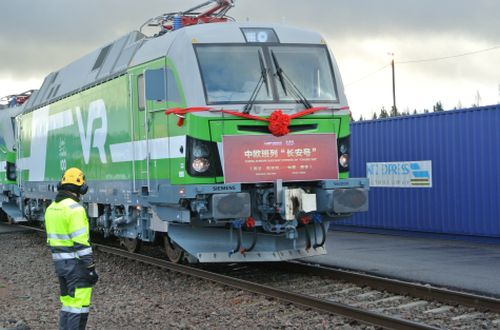 The departure ceremony for the first Railgate Finland China Express service was attended by more than 70 guests, including the Russian, Kazakh and Chinese ambassadors to Finland.

The service from Kouvola to Xi'an offers a transit time of 10-12 days for the 8000km trip, with just one break-of-gauge at the Russia-China border.

The first China-Finland train is due to leave Xi’an before the end of the month and a second Kouvola - Xi’an train will run in December.

A regular weekly service is expected to start running in both directions early next year.